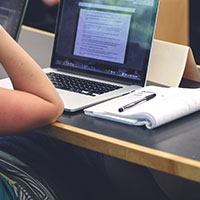 What Do You See As The Greatest Threat To The Environment Today?

The greatest threat to the environment today is plastic. One of the major reasons plastic is such a threat is because it takes between 500 and 1,000 years for it to biodegrade. Additionally, the United States is creating more plastic than ever before- in the last decade alone, more plastic has been produced than in the previous century. Plastic is the greatest threat because it causes landfills to overflow, pollutes oceans and other waterways, and injures or kills animals.

Nearly 50% of plastic will end up in the landfill after only one use. These are disposables like plastic cutlery and water bottles, as well as tiny plastic beads that can be found in face washes and toothpaste. When plastic ends up in the landfill, it sits. The UV rays from the sun have the potential to increase the rate of decomposition, but this is not likely to happen when the plastic is at the bottom of the landfill. When the plastic does break down, the components inside of plastic can seep into the ground under the landfill and contaminate the ground water.

The oceans and most waterways on the Earth are connected, meaning that when plastic is introduced into one body of water it travels. The human population discards a lot of plastic- in Los Angeles alone, 10 tons of plastic fragments are introduced to the Pacific Ocean each day. This is a recipe for disaster. One reason is because the plastic endangers animal species and can cause bacterial growth that contaminates drinking water. The second reason is that bacteria is often carried on these plastic fragments. As they travel through the ocean, so do the bacteria. These bacteria may be strangers to other ecosystems, which means they may infiltrate the area and harm the species of plant and animal that live there.

Increased plastic production and pollution is also a danger to many species on the planet. In early February, a whale kept coming to a port in Norway and was eventually put down after it would not leave. Researchers dissected the whale to learn why it wouldn’t leave. They found 30 plastic grocery bags, filling the entire stomach of the whale. The whale could not process the bags and eventually starved to death. This whale tragedy is not the only one- birds get tangled in fishing line and sea turtles get straws and other plastic fragments caught in their noses. The EPA reports that 693 species are affected by this pollution and some will face extinction because of it.

As people consider their impact on the environment, it is important to take a close look at plastic consumption. Accumulation in landfills, contamination of water, and the injury or death of animal species are just some of the reasons that plastic causes problems for the environment. To do your part, try to avoid single-use plastic products and beware of beauty products that may contain harmful plastic beads that move down your pipes and into water.